Battery life is influenced by many factors, so there is no straightforward answer to this question. However, on average, a cell phone battery loses 20% of its capacity after 500 charge cycles and usually becomes unusable after about 2500 charge cycles.

According to Apple, the iPhone batteries are expected to last at least 500 full recharging cycles before the capacity drops under 80%. This means that you will see a noticeable drop in battery performance after:

Of course, these numbers are just an estimation and should not be taken as such. Asking “how long does a cell phone battery last?” is similar to asking “how many miles you can drive a car?“. To which the only possible answer is “it depends“.

So for a better understanding of the issue, let’s see some of the factors that affect battery lifespan in general.

There are mainly two types of cell phone batteries that you might find in a cell phone: Lithium-ion (Li-Ion) or Lithium Polymer (Li-Poly). These batteries differ in terms of chemical composition, weight, and size. 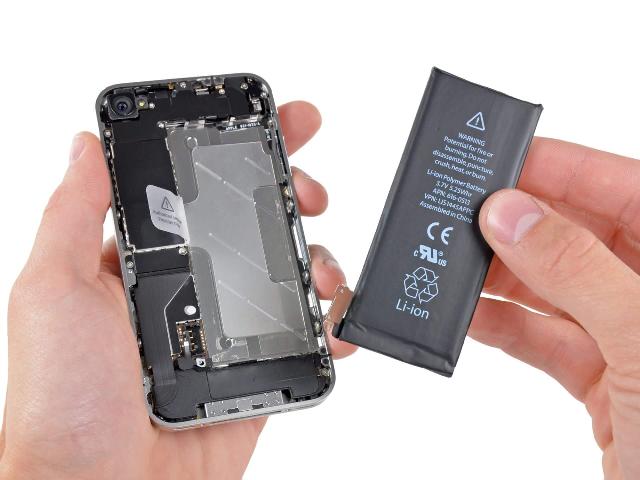 Lithium-ion batteries are the most common types of batteries in use today – and also the oldest battery technology. They are relatively expensive, but they have a high energy density.

A lithium-ion battery does not need any prolonged priming when it is new. Typically, one charge should be enough to get your phone started. It is also low-maintenance and has a low self-discharge.

When it comes to chemical composition, Li-Ion and Li-Poly are the same. However, the difference lies in their ability to keep cool. Lithium-ion batteries feature an active protective circuit (the kind that you can also find on an onboard computer) which will protect your phone from overheating. Without it, your phone would be bursting into flames.

Another drawback of this type of battery is that it might last longer in the short-run (throughout the day), but it might be faster to age. You’ll need to learn the correct temperature storage in order to make this aging process slower.

Lithium polymer batteries represent the more advanced battery type. These batteries are lightweight, have no memory effect – and will not heat up like a lithium-ion battery.

This is also why a lithium polymer battery does not have a need for a protective circuit. Because of this, manufacturers may create these batteries in smaller, more compact sizes – enabling portability.

But most smartphones on the market today come with Li-Ion batteries. This is why we’ll use them as a benchmark throughout the article. 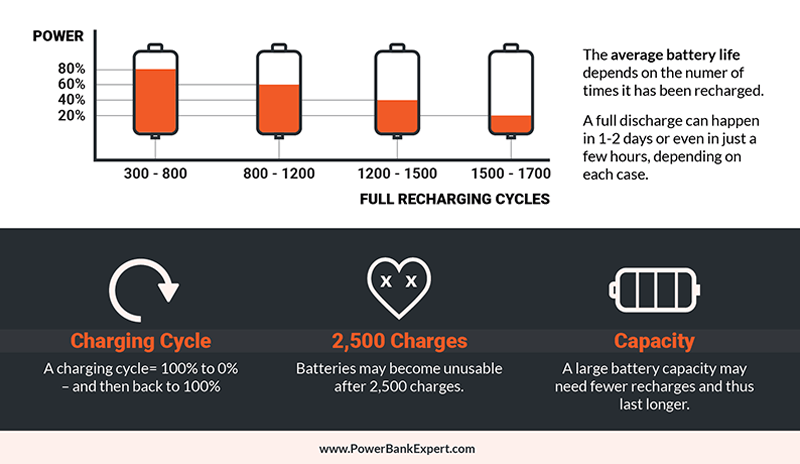 As previously mentioned, the average battery life is not calculated based on days or years – but based on the number of times that it has been recharged. The time between recharges may vary from phone to phone and according to how they’re being used. A full discharge can happen in 1-2 days or even in just a few hours, depending on each case.

Nowadays, the typical smartphone that has been equipped with a lithium-ion battery will be able to go through 300-800 full recharging cycles and still retain 80% of its power.

On average, a cell phone battery is supposed to last for around a year – at least according to Business Insider. However, this will also depend on the cell phone capacity. Full discharges have a fairly negative effect on your phone, but if you charge it properly, it might last for more than two years.

The regular phone has a capacity of 2500 mAh battery, which is why they only last for about a day. A larger capacity (4000 mAh, for instance) may need fewer recharges throughout the year – which means that your cell phone battery will have a longer life.

Batteries may last up to 2,500 charges on average before they become “permanently damaged and unusable”. 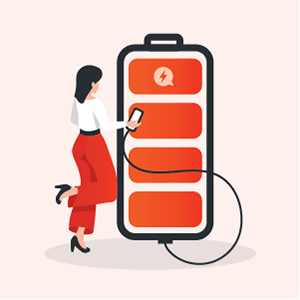 Unfortunately, no battery lives forever. However, there are some tricks and techniques that you may use to maximize its life.

How to check your current smartphone battery capacity

A simple way to see the current state of your battery is to install a dedicated app. One such example is Accubattery, which provides all sorts of statistics regarding your battery among which the actual capacity in mAh. Here’s a video detailing the whole process of using Accubettery on your phone:

How to tell if your smartphone battery needs to be replaced

A cell phone battery doesn’t just “die” right away. Most likely, it will be a very slow “death” – one that you will notice ahead of time.

First of all, when your battery starts dying, you will notice that it no longer has the ability to stay charged for as long as it used to. If you’ve had the same phone for more than a year, you probably noticed that its running time was already cut down by a half. This happens because your battery can no longer take in the same amount of power.

Which brings us to the next sign: if your battery is reaching its lifespan limit, you’ll notice that it won’t ever be able to charge completely – regardless of how long you leave it charged.

Sudden bulging of the battery or the fact that your battery is randomly getting hot (even when it is not charging) might also be a sign that it needs replacing. Make sure that you take your phone to a tech specialist right away so that your phone won’t suddenly catch fire.

If your cell phone battery is reaching its limit, there is only one option that you can go for: replace the battery altogether. The price of the battery will depend on the cell phone, and whether it has been previously refurbished or not.

For instance, an Apple battery might cost almost $30-$80 to get a new replacement. However, batteries for phones running on Android might be less expensive to purchase. The costs may also be smaller if you go for a refurbished battery (i.e. a recycled one).

It will also depend on whether the battery is in-built or not. If it is, you might have to leave it a few days in service. On the other hand, if the battery can be easily removed, you might not have to part with your phone.

In the perfect world, we would always have an outlet nearby so that we could charge our phones. However, that is not always the case. In these circumstances, a power bank should prove to be quite helpful to keep you charged.

How to dispose of cell phone batteries?

When you are dealing with an old cell phone battery, you are probably thinking of just one solution to dispose of it – and that is throwing it in the trash bin. However, that is not a very good idea for a simple reason: a lithium-ion battery is like a bomb just waiting to explode.

A rechargeable lithium-ion battery, for instance, should always be recycled. This way, it can be refurbished – and reused once it has been brought back to power. There are countless places where you can drop off your battery – and it’s much better than throwing it in the trash bin. Plus, if it is a good program, you might even get something in return for those batteries.

Some batteries may be refurbished by the recycling companies for reuse – provided they are still in a relatively good state. Other batteries, may be recycled into different other products, such as pots and pans, silverware, steel, or even golf clubs.

Magnets have always been a source of concern when it comes to cell phone batteries. Plus, the never-ending question on whether magnets can affect your phone or not has never gotten a clear answer. Some say they can’t; others say they can.

However, this will depend on the magnet. Indeed, in theory, magnets do have a certain effect on batteries – and a large magnet may certainly be able to damage your battery in the long run. The truth is that the majority of our household appliances do not have magnets large enough to actually cause any damage.

Our hard drives, for instance, have magnets. Most electronics have magnets, to gain functionality. Even mobile phone speakers have magnets – as well as the average cell phone case. A magnet of such a small capacity is unlikely to cause any damage to your battery – which is why you should not worry.

Still, you should steer clear of large-capacity metals such as an MRI scanner – or anything that has a large magnetic field. In these cases, you don’t even want to have your earrings on, let alone your cell phone. If the magnet is strong, it may interfere with the thermal security mechanism of your phone, causing the battery to overheat.

Where to buy cell phone batteries from?

There are several places where you can buy a new cell phone battery. First, you may order it online or buy it from a local mobile store. This is usually a good choice if the battery can easily be taken out of your phone. This is how you know exactly what you have to buy.

However, to be safe, you might want to send your phone into service. They will know exactly what type of battery is suitable for your phone. Plus, if your phone is still under warranty, there is a high chance that you won’t even have to pay for it.

Cell phone batteries were not made to be immortal. After continuous discharges, they will eventually begin to lose their power. Usually, this happens after one or two years of continuous use, depending on the battery.

However, by charging it right, you can help maximize your battery life – and why not, add another year to it. Not only will it save you the stress, but it will also save you a few bucks.