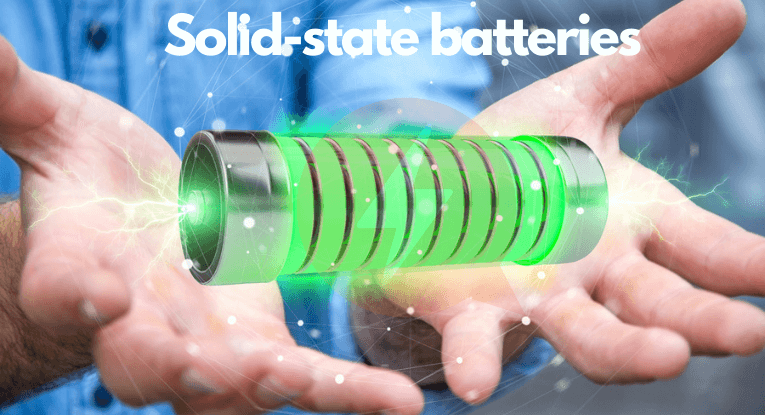 Solid-state batteries are getting closer to achieving their promises of safer use, long life, and fast charging. But such batteries are far from ready for applications such as electric aircraft, electric vehicles, and grid-scale storage.

What are solid-state batteries?

Solid-state batteries are gaining a lot of attention because of their positive perspectives. Scientists at MIT, in particular, have recently reported an interesting step forward in this direction, exhibiting a new sort of solid-state battery architecture that overcomes some of the constraints of present designs.

Solid-state batteries have the potential to solve most of the problems that face batteries today. For instance, these batteries may have a three-fold greater energy density by using battery chemistries such as potassium, sodium, or lithium, which increases the energy density of a cathode and offers a longer range.

These batteries are considered to be resistant to fast charging and deep discharge. In addition, the solid-state electrolyte is non-flammable, making it completely safe to use. Also, these batteries can oppose considerably higher temperatures and are less likely to be damaged in the event of a collision. Due to the above positive features, the solid-state battery sector will be worth 4.3 billion US dollars by 2027, according to Market Research Future.

However, the main problem with solid-state batteries is cost. A number of startup companies and research groups are working dedicatedly to reduce the production cost of these batteries. Moreover, some industries claim to be close, but we won’t know how effective they were until we see the actual costs of these batteries. On the other hand, low temperatures are also a problem for these batteries. As a result, methods that involve protecting them or keeping them at a suitable operating temperature are required.

Solid-state batteries are one of the most important future technologies, so they receive strong research attention. These batteries still work in the same way as Li-ion batteries do. However, the development in materials changes some of the attributes of these batteries. The most significant change shows in battery size, charging time, and storage capacity.

The most common concern among Li-ion battery users is safety. That’s because they use a liquid electrolyte solution that acts as the medium through which Lithium ions flow back and forward between the anode and cathode while the battery is charged and discharged. Thus, this type of battery is susceptible to damage like increasing temperature, leakage, or swelling.

Another issue is that the liquid electrolyte of the Li-ion battery is highly flammable, which can lead to battery fires or explosions, such as the ones that troubled Samsung’s Galaxy Note 7 smartphone. On the other hand, a solid-state battery with a solid electrolyte has better stability and safety since it keeps its shape even if the solid electrolyte is broken.

For decades, researchers have been studying how to unlock the promise of solid-state batteries. These batteries will store significantly more energy in the same charge and volume in a fraction of the time as typical Li-ion batteries. They also have the potential to have energy densities up to 2.5 times those of Li-ion batteries.

According to Xin Li, associate professor of materials science, Paulson School of Engineering and Applied Science at Harvard’s John A, a Li-ion battery is regarded as the holy grail of battery chemistry because of its high capacity and energy density. “However, the battery’s stability has always been an issue.” Now, Li and his team have developed a solid-state battery that can be charged and discharged at high current densities for at least ten thousand cycles – significantly more than has previously been achieved. Solid-state battery technology might extend the battery life of electric vehicles to 10 to 15 years, eliminating the need to replace the battery. The battery’s higher current density could open the way for electric cars that charge completely in 10 to 20 minutes. The findings were reported in the journal Nature.

How solid state will impact smartphones and power banks

Samsung R&D Institute Japan and Samsung Advanced Institute of Technology researchers submitted research on long-lasting high-performance, all-solid-state batteries to the journal Nature Energy, one of the world’s premier scientific publications, on March 9, 2020, in London. To improve smartphone battery safety and lifespan, researchers of Samsung claimed an Ag-C composite (silver-carbon composite) layer as the anode. According to Samsung, the ultrathin layer (5µm thick Ag-C nanocomposite) can improve energy density up to 900 Wh/L and reduce anode thickness. It also allowed them to construct a prototype that was around half the size of a standard lithium-ion battery in terms of volume.

When will solid-state batteries be widely available?

Solid-state batteries aren’t expected to be widely available until approximately 2030, according to the majority of industry insiders. Elon Musk, Tesla’s CEO, recently stated on a conference call with analysts that mass-producing batteries is “the toughest thing in the world.” “It is simple to create prototypes. It’s difficult to scale production.” However, in 2021, Ford Motor Company will increase its investment in Solid Power, a solid-state battery company (a Colorado University Campus company). Also, BMW has invested $130 million in the business, which expects to deliver large-format cells for vehicle testing to these manufacturers by 2022.

Solid Power, a solid-state battery developer supported by Ford and BMW, has been collaborating on an iron-sulfur chemistry ASSB (all-solid-state battery). Samsung recently made waves with the introduction of a solid-state battery featuring a silver-carbon anode. Battery Startup Sakti3 was developed at the University of Michigan and acquired by Dyson, however, the business later discontinued licensing patents. The founder of Sakti3, on the other hand, has joined Fisker (American electric vehicle automaker) to work on solid-state batteries.

Solid-state batteries stocks to look out for

The battery market has a long way to go before it reaches saturation. Despite the standard lithium-ion batteries’ dramatic gain in efficiency, solid-state battery entrepreneurs are working to develop new and better ways to store energy. To improve battery efficiency, companies are adopting both classic methods such as solid-state electrolytes and improved cathodes, as well as new technologies. In light of the increased volatility in the financial markets, which is making it harder for even smart money to maintain profits, you should conduct thorough research when selecting companies to invest in.

Many individuals are enthusiastic about the potential offered by solid-state batteries, as well as the financial opportunities in stocks of battery technology businesses. QuantumScape, a solid-state battery firm, launched its shares in November 2020, and it quickly went into the stratosphere, rising 256 percent in less than a month. According to media sources, the company was competing with Tesla and had launched one of the most valuable stocks in the car business. Solid Power, a battery firm based in the United States, has raised $130 million in new capital from investors such as Ford and BMW. The startup hopes to start pilot-scale production of solid-state batteries for electric vehicles early next year with this funding.