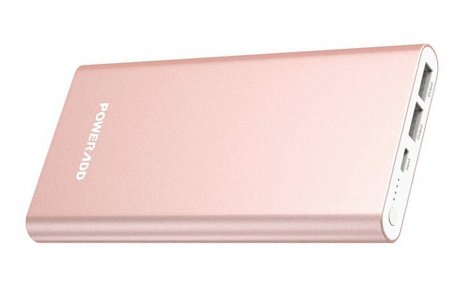 Nowadays, medium-capacity power banks are becoming the most sought options because they offer both the longevity of power that users are striving for and are also well-designed to ensure great portability. This is an accurate description of what the PowerAdd Pilot 4GS 12000mAh has to offer. Featuring a capacity of 12000 mAh, two 3 Amp USB ports, and an additional Lightning port, it comes in handy for keeping a variety of devices juiced up. If you happen to own an iPhone or another device from Apple and you’re looking for a solid power bank to extend their battery life, pay close attention to this review as this might be the perfect fit for you.

The PowerAdd Pilot 4GS offers 12000mAh and two 3-amp USB output ports. Unlike other chargers, the same current will be drawn from each port while two devices are being charged simultaneously, and thanks to the ID Identify TechAuto, it will detect your devices and deliver power according to their requirements.

However, don’t expect to use the 12000mAh; in reality, this number is closer to 8000mAh, two-thirds of its advertised capacity. This can be kept for around 6 months before needing to recharge.

Moreover, the PowerAdd Pilot 4GS’ signature feature is the Apple-certified built-in Lightning port. With it, you can recharge your iPhone and iPads much faster given that it delivers 5V/2A, twice as fast as the normal 5V/1A input. This is ultra-convenient for iPhone owners because it reduces the charging time of their devices by 50%.

It’s powerful enough to provide more than 3 empty-to-full charges for the iPhone X and fast enough to recharge it from 0 to 50% in just about 30 minutes. Besides, it has enough juice to recharge the Samsung Galaxy S10 2.5 times.

On a negative note, the PowerAdd Pilot 4GS takes up to 7 hours to recharge using a 2A wall charger,  and up to 14 hours with an average 1A wall charger. Besides, considering that this power bank is not a “monster power bank”, the total recharging time is high compared to others of bigger capacity and does not feature QuickCharge output or input.

With the PowerAdd Pilot 4GS, you can recharge your devices while the power bank is being recharged itself (pass-through charging), but for safety reasons, it’s not advisable to do so because it can damage both the power bank and the plugged-in devices as well.

The PowerAdd Pilot 4GS has a very nice-looking design that is available in six elegant colors, including red, coral red, rose gold, black, silver, and blue. Its body consists of a medium-size aluminum alloy rectangular case with curved edges.

Much like the majority of power banks in the market, the Pilot 4GS has 4 blue LED lights to indicate the estimated percentage of charge remaining in the battery that it will turn on while charging. This will always be a good feature to have, but as time progresses, manufacturers should start incorporating a display in all their models so that users can know for certain how much power is left in the device.

When it comes to the placement of its features, you can find the two USB output ports and the Lightning port on the front side of the body, where you can also find the LED indicator and lastly,  the power button. Having all these features on this side contributes to its clean and elegant design. However, it’s worth highlighting that the PowerAdd Pilot 4G 12000 mAh does not possess bonus features like a flashlight, one that has become a norm and something that most users consider useful.

Overall, the PowerAdd Pilot 4GS looks well-built. When it comes to its internal components, the PowerAdd Pilot 4GS is built using high-tech and high-energy lithium polymer batteries, which last longer than regular ones. PowerAdd claims that overcharge, over-discharge, overheating and short circuit are prevented thanks to the advanced li-polymer battery cells and built-in microchips; this enables the power bank to last for over 500 recharge cycles. However, it’s been reported that there’s a tendency to overheat and start malfunctioning just after 2 months, which is a very short life span for any power bank.

As previously mentioned, it’s made of aluminum alloy, which prevents smudges and fingerprints, which are common hassles among users. Despite this, the case is prone to scratches and the front and back material also gives the power bank a fragile feel, which might not hold up well against accidental drops. As a result, the circuitry might also experience damage that will diminish its function.

The good thing is that in case of any malfunction, you’ll be backed up by a 24-month limited product warranty and friendly customer service, but this doesn’t mean that it will cover fall-related damages.

One of the downsides of the PowerAdd Pilot 4GS 12000 mAh is its weight, which at 9.1 oz (258 gm) can feel a bit heavier compared to other power banks of similar capacity range. It’s not the biggest power bank in the market, however, because you can still hold it in one hand without much effort. This means you can easily take it in your pocket, purse, or backpack, and it’s a good solution to juice your devices during hiking or camping trips, where there’s no power outlet nearby.

In a nutshell, taking into consideration how powerful the PowerAdd Pilot 4GS 12000mAh is and its compatibility with Apple devices, its size and weight seem reasonable and still convenient for on-the-go users. 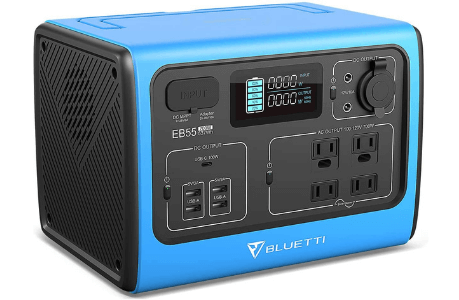 The Bluetti EB 55 is a portable power house that can keep your devices juiced up for days at a time. 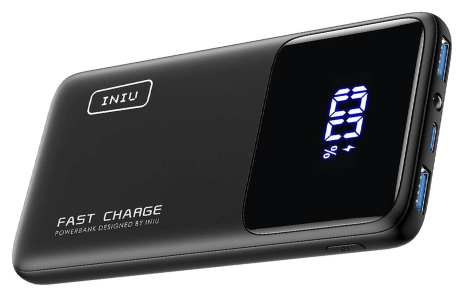 The INIU BI-B6 10500mAh power bank is small, light, and packed-full of the latest charging technologies 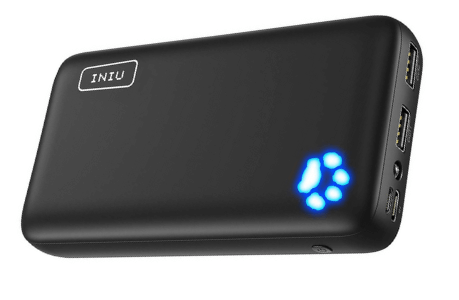