With the advancement of technology and the development of portable electronics such as cellphones, laptops, and cordless power tools, it became plainly evident that batteries will continue to play a critical role in future technology.

With this perspective, scientists have conducted extensive research on batteries, resulting in the development of numerous battery types. The most widely used rechargeable batteries are Ni-Cd, Ni-MH, and Li-ion, which we will discuss in detail. 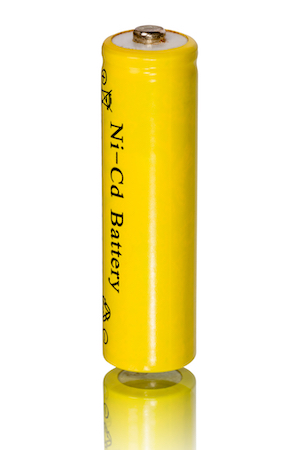 Ni-Cd, or NiCad, is an abbreviation for nickel (Ni) and cadmium (Cd). It refers to a type of rechargeable battery that utilizes nickel oxide hydroxide and metallic cadmium as electrode materials.

While Ni-Cd batteries are available in a variety of sizes to suit the customer’s demands, their fundamental advantage is unrelated to their form or size. In comparison to other types of batteries, such as lead-acid, which will lose voltage as they near discharge, Ni-cd rechargeable batteries can keep a constant voltage (1.2 volts) during discharging, even when they are close to being completely depleted.

Ni-Cd batteries have a life cycle of approximately 400-500 cycles and can be charged quickly, which is another advantage over Ni-MH, lead-acid, and certain types of lithium-ion batteries.

Due to the ease with which these batteries may be stored and transported, they are inexpensive. However, on the negative side, they should not be discarded due to the poisonous metal cadmium and must be disposed of properly.

If you reside in a location where the temperature frequently falls below -20°C (-4°F), Ni-Cd batteries are the most reliable option. Additionally, Ni-Cd self-discharge is around 10% and increases in direct proportion to ambient temperature. 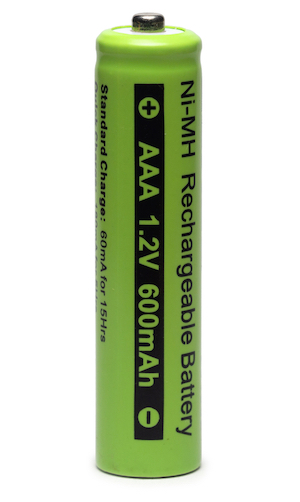 The chemistry of Ni-MH (also known as NiMH) batteries is identical to that of Ni-Cd batteries at the positive electrode. Hydrogen in the form of a metal hydride is the negative active substance in its charged state. Ni-HM batteries are available in a variety of cell sizes; however, the AAA and AA are the most common and well-known in comparison to the C and D sizes because of their affordable price. 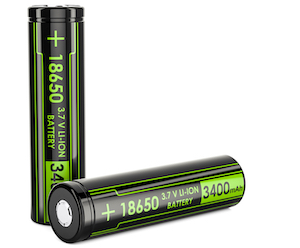 The next battery we’ll discuss is referred to as lithium-ion or Li-ion. These batteries come in a variety of sizes and shapes, ranging from coin cells to enormous battery packs.

Li-ion rechargeable batteries have been put through several tests in recent years in order to improve their efficiency, as these batteries still have room for improvement.

Li-ion batteries are primarily employed in portable gadgets due to their ability to deliver a significant amount of power without being excessively large. Additionally, due to their high energy density, these batteries have found their way into electric vehicles.

As previously said, Li-ion batteries have improved in recent years, and as a result, a variety of models are available. Due to the diversity of models, charging and discharging rates, as well as self-discharge and charging temperatures, can differ wildly. However, Li-ion batteries have a self-discharge rate of approximately 1.5-3.0% each month, which is quite outstanding.

In terms of memory effect, which happens with rechargeable batteries and is most noticeable with Ni-MH batteries, Li-ion batteries have performed admirably, demonstrating little to minimal memory effect.

In comparison to other rechargeable batteries, lithium-ion batteries allow quick charge. However, these batteries require protective circuits to regulate voltage and current to ensure safety.  All of these benefits come at a cost, which is why Li-ion batteries are expensive.

Which Battery Type Is Best For Solar Lights?

Now that we’ve established which battery type is superior when it comes to solar lights, it’s time to define which type of lithium batteries are ideal for your application.

Lithium-Ion and Lithium Iron Phosphate batteries have a lower self-discharge rate and a longer life cycle than other Lithium batteries. Therefore, you should choose the best one for your situation, taking into account factors such as performance, durability, and cost.

Suppose the environment in which you will be using solar lights is cold. In that case, you should choose a Li-ion battery that is capable of performing effectively in temperatures as low as -30 Celsius and as high as +65 Celsius. On the other hand, if the temperature is high, you must choose Lithium Iron Phosphate, which operates appropriately in temperatures up to 75 degrees Celsius.

Keep in mind that Lithium Iron Phosphate batteries have a 2000 cycle life which is double the Li-ion with 1000 times.

Which Battery Type Is Best For Power Tools?

When it comes to purchasing power tools such as an Angle Grinder or a Nailer, weight is a crucial factor to consider, as you will be holding them in your hand for an extended period of time. On the other hand, Li-ion batteries are lightweight and compact, with a high energy density, making them ideal for any portable equipment. Additionally, Li-ion batteries allow rapid charging, which is critical for portable devices and gadgets.

Because a battery’s primary function is to supply electricity, all batteries are interchangeable in principle. However, there are a few critical points to bear in mind.

If you decide to replace the battery in a device with a different type, two scenarios will occur. One, the device’s manufacturer created a battery pack with a unique size and shape; two, the device accepts batteries in standard sizes such as AA or AAA.

The second scenario can be a little perplexing for some people. As previously stated, the device accepts standard-sized batteries in this scenario. Therefore, what you need to consider is that the battery must meet the device’s power requirements and be compatible with it, regardless of its chemistry or manufacturer. Also, keep in mind that different types of batteries should never be used together.

Are Ni-Cd, Ni-MH, and Li-ion chargers the same?

Each battery type has different characteristics; thus the chargers are not the same. It is possible to charge them with different types of chargers, but it is not recommended because it may cause harm to the battery or charger. A Ni-MH charger, for example, may also charge Ni-Cd; a Ni-Cd charger, on the other hand, would overcharge Ni-MH.