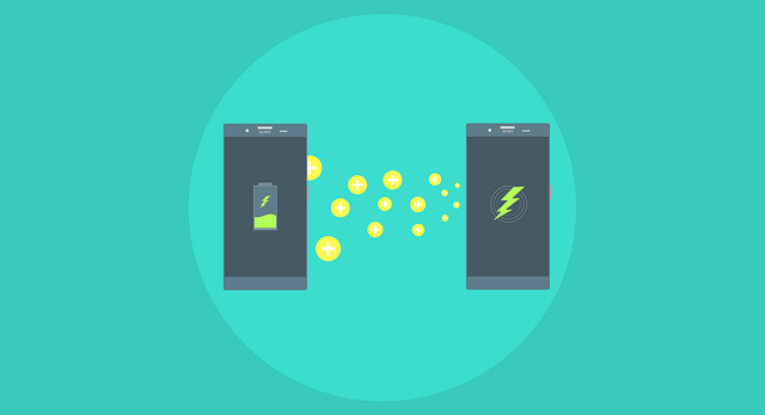 Over the last few years, wireless charging has become a popular option for cell phones and other electronics. It’s easy to see why. Instead of faffing about with cables, you just set your phone on a charger and pick it up when you need it.

But like many modern technologies, this can seem like wizardry to many people. Don’t worry. We’re about to break down how wireless charging works.

What is wireless charging?

Most modern wireless charging systems use a method called induction power transfer. Basically, this uses electric coils in one device to generate a current inside another device.

While this technology might seem like an information-age innovation, its origins lie in the industrial era. In 1894, a pair of French scientists developed an induction power system to power an electric car. However, with the popularity of internal combustion engines, the technology was quickly forgotten.

Starting in the 1970s, it started to attract renewed attention. Various scientists proposed new, innovative uses for induction power transfer and various products were marketed. There were several attempts at induction powered vehicles, for example, but they fell by the wayside without making any real impact on the market.

Then, in the early 90s, an induction powered battery charger finally made a breakthrough. But it wasn’t used for phones. It was used for Oral-B electric toothbrushes! Since then, several companies partnered to develop a standard, and the Wireless Power Consortium (WPC) was founded in 2008. In 2010, they defined the Qi standard, which is used for most mobile phone chargers.

Over the next several years, phone companies started supporting the standard. The first was Nokia, with their 2012 release of the Nokia 920. Samsung followed in 2014, with Apple finally jumping on board in 2016. Since all major manufacturers now use the Qi standard, that’s what we’ll be focusing on for the most part.

How does wireless charging work?

Wireless charging works by running a current through a magnetic coil, which is made of copper. Rather than being a steady current, the current oscillates, which means it changes direction extremely rapidly. This creates a small, localized magnetic field that’s constantly changing polarity. The stronger the current and the faster the oscillation, the more powerful the magnetic field will be.

Meanwhile, there’s a similar coil inside the receiving device. When it gets close enough to the charger, the magnetic field creates – or “induces” – an electrical current inside the coil. That current is sent through a small rectifier, which ensures that it meets the battery’s requirements. From there, it runs to your battery, just like a standard plug-in charger.

Larger coils, or multiple coils, can further increase the power, allowing for wireless charging of even very powerful batteries. In smartphone chargers, the coils are only a few inches in diameter. This doesn’t produce a very powerful current, but it’s enough to charge a smartphone.

There are currently efforts to use induction power for charging larger batteries. For example, WiTricity is currently marketing an automotive charger with multiple, 10-inch coils. This allows for extreme levels of efficiency, over 90 percent, with a strong enough current for charging electric vehicles.

The benefits of wireless charging

So, what makes wireless charging better than traditional wired charging? There are several tangible benefits.

What is two-way wireless charging?

If that sounds a little vague, let’s clear it up with an example. Suppose you only have a single wireless charger, but you need to charge your smartphone as well as a set of wireless earbuds. You could put your phone on the charger, and set the earbuds on top of the phone, and both will charge.

The latest Samsung phones have supported this for several months, with a feature called “Wireless PowerShare”. The next generation of iPhones will also support two-way wireless charging.

How do you actually use a wireless charger?

For modern smartphones that have this technology built-in, it’s fairly simple.

If you want to use your wireless charger for an older device, there are Micro USB Qi receivers available. They look like tiny dongles. Just plug the receiver into your device’s charging port, and repeat the steps above.

How does wireless charging compare to charging via cables?

There are several important differences between wireless and wired charging. We’ve already mentioned several advantages, including the improved durability, the ability to charge multiple devices, and the obvious fact that you don’t need a cable. In addition, they also eliminate the risk of getting hacked by plugging into a public USB terminal at an airport or train station.

However, there are a few disadvantages you should also be aware of.

To begin with, wireless charging is less efficient than wired charging. Depending on your charger, it can take up to twice as long to charge your device. Moreover, wireless charging doesn’t support the quick charge features that come with many USB Type-C devices.

Wireless charging can cause your device to overheat, although this is rare. Still, it’s been known to cause problems for some people.

Finally, wireless chargers cost more than a simple charging cord. Admittedly, this is a minor issue. You’re looking at around $20 for a wireless charger, while a good cable will set you back about $10. Not a big deal, but it’s something to keep in mind.

Is wireless charging bad for the battery?

Believe it or not, wireless charging is actually better for your battery than wired charging. Because the current runs through the charger and only indirectly reaches your phone, there’s a reduced risk of damage from power surges or other glitches.

While we mentioned that wireless chargers can cause your device to overheat, this is rare, and will almost never happen on a well-engineered device. Modern lithium-ion batteries have a protection circuit module (PCM), which will automatically cut off the current if the battery gets too hot. Only cheap phones will not have this feature.

Does wireless charging work if the phone has a case?

The answer is yes, for the most part. Because wireless charging doesn’t rely on physical contact, the small amount of extra separation created by most phone cases will not make a difference.

That said, an extra-thick case can cause some loss of efficiency. If you use a “tactical” or “military-grade” phone case, your phone might charge a little more slowly.

The only time you’re liable to run into a serious issue is if you’re using a metal phone case. Aluminum phone cases are a niche product, but some people prefer them because of their extreme durability. Unfortunately, a small magnetic field will not penetrate an aluminum shell. If you’re married to your aluminum phone case, just use a charging cable.

Not only is long-range wireless charging possible, but it’s also already been done. The problem is that charging across any significant distance (more than a few feet) requires an extremely powerful magnetic field. A field this powerful can cause radiation damage to people, pets, and other living creatures. Obviously, this is a bad idea in your living room. Nobody’s figured out a solution to this problem yet.

That said, a few companies have been working to solve this problem. For example, in 2018, Apple patented an RF wireless charger. However, they haven’t actually done anything with it yet. We’ll have to wait and see how the technology develops. Newer experiments have focused on charging with optical light, and with other alternative methods. But at the time of this writing, nobody has released a long-range wireless charger that’s practical for home use.