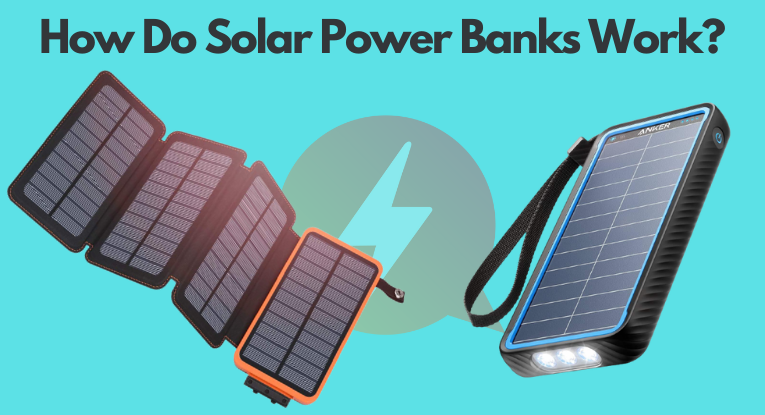 The whole idea behind power banks is to have access to power even when you are on the top of a mountain with no scope of getting a power socket. But what if these power banks run out of juice in the middle of your hike?

Well, that can be a true nightmare unless you have a solar power bank! These innovative power banks can recharge themselves anywhere you have sunlight reaching them. But how do they work, and are they worth the money? Let’s discuss these things in detail.

What Is a Solar Power Bank?

Solar power banks are just like regular power banks, except they have a solar panel attached to them. Using this solar panel, these power banks can recharge themselves using sunlight instead of electricity. Not only does it remove the need for a socket to be charged, but it is also a very environmentally sustainable product as it draws power from an abundant natural resource.

A solar power bank works on the principle of harnessing solar power and storing it for later use. There are different types of power banks which we will discuss in detail later, and all work on the same principle.

Every solar power bank has three main working components. First is the solar panel, second is the solar controller, and third is the batteries. We will go through each of them one by one and discuss their roles in the working of this type of power bank.

There are three main types of solar power banks:

All three of the power banks provide their own positives and cater to different demographics of consumers.

Unlike regular power banks, solar power banks can recharge themselves by harnessing solar power. However, they only do so when kept in direct contact with the sunlight and usually have long recharging times.

The solar power banks offer more functionality and might come in handy if you’re away on a long trip. But at the same time, they also tend to be more expensive than regular power banks.

Solar power banks have practically unlimited charging capabilities. As long as you are able to get direct sunlight, you will be able to harness its power and charge your devices. Therefore, it eliminates the need for an electrical socket to a huge extent.

Apart from being abundant, sunlight is also free, which means that your charges and recharges will be too. All you have to do is keep the charger out in the sun with your device plugged in and let it perform its magic.

Since solar energy is renewable, it makes the solar power bank a great option from an environmental standpoint. Using solar power banks will greatly help reduce your carbon footprint while having practically unlimited energy at your disposal.

Solar power banks can be up to 2-3 times more expensive than the regular chargers but are also financially more viable in the long run.

Even if you ignore the cost factor, solar power banks recharge themselves very slowly, and a typical phone may take up to 7 to 8 hours to get fully charged on a solar power bank.

Solar Power Banks Or Regular Ones?

However, if you are someone who loves outdoor activities and needs a power supply to keep your phones charged over long treks in the wilderness, investing in a solar power bank will prove to be great for you in the longer run.