Graphene technology is set to take the power bank market by storm. Alongside similar new techs such as GaN, graphene will make it possible for portable chargers to drastically increase their charging times. So instead of waiting for hours at a time for your power bank to get recharged, they might be able to do so within minutes. Furthermore, it might be possible that new techs will allow portable chargers to increase their capacity without increasing their size and weight, making them more powerful while still being portable enough.

As of now, graphene power banks are still quite rare, with only a few models being released and with several others in the development stage. So we’re still in the early days of the graphene battery revolution. In this article, we aim to curate the best graphene power banks that are available for sale and to expand the list as new models hit the shelves. 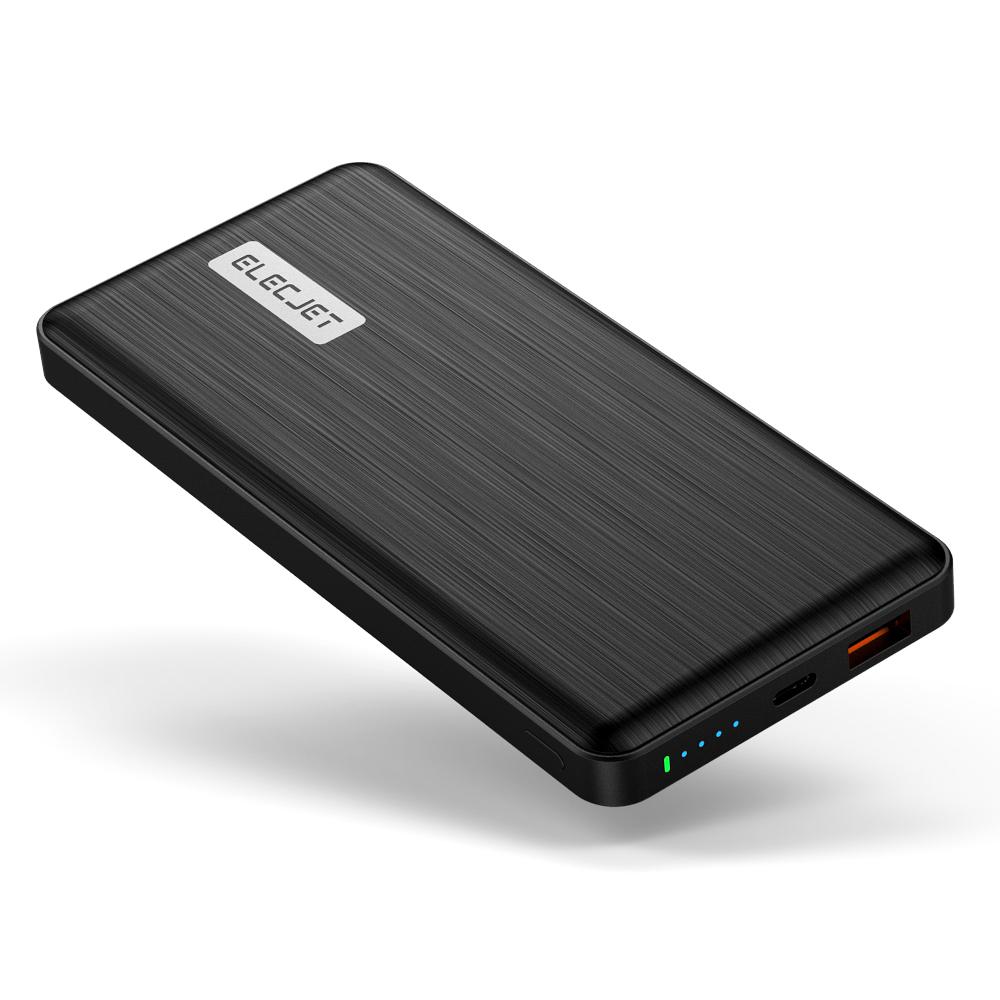 The Elecjet Apollo Traveller 5000mAh graphene power bank was originally launched as a Kickstarter campaign which managed to raise almost 85k in backer funding. After successfully funding the campaign, Electjet is now selling the Apollo Traveler on their site.

In terms of performance, what stands out the most is the incredibly fast recharging time, at just 18 minutes. This might be actually the fastest charging power bank up to this point. These ultra-fast recharging times are one of the best aspects of graphene technology. They greatly increase the flexibility and user experience of these devices.

Besides the 18 minute recharging time, it’s also worth mentioning that the Apollo Traveller is also compatible with Power Delivery and Quick Charge. As such, it’s capable of charging the iPhone X 50% in just 30 minutes. And at a maximum 60W output, it’s one of the highest power output levels in a 5000mAh power bank, capable of charging most laptops such as the MacBook Pro or gaming consoles like the Nintendo Switch.

Another important aspect of graphene technology is that it also helps batteries last longer. From this point of view, the Apollo Traveller is rated at 1000 charge cycles, which is on the high end of what most power banks are rated at, some of which are made to last an average of 500 charging cycles. 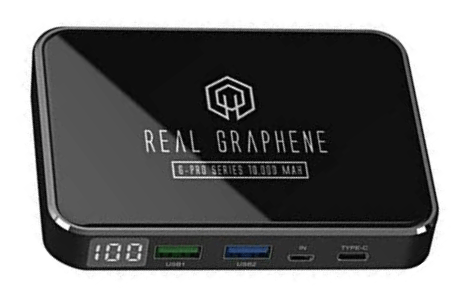 The G-PRO Series 10000mAh power bank is another grapene pioneer. It also has a bigger brother, the G-max Series which packs a total capacity fo 20000mAh. And as with the Elecjet Apollo Traveller, the main selling point of the G-PRO Series 10000mAh is it’s ulta fast recharging time, which clocks in at only 55 minutes. As a perspective, a similar capacity power bank with traditional technology would recharge in at least 3h, but in some cases even up to 6h. So the graphene technology enables the G-PRO Series to be at leas 3 times faster!

The producer also claims that the G-PRO Series power bank has a lifetime, 5 times longer than average power banks. As previously stated, this is something that graphene technology promises and puts it down to the unique properties of this innovative material.

Other important features of the G-PRO Series power bank are the wireless charging pad on the top of the device and the fact that it’s maximum output is 60W, which is powerful enough to easily charge laptops.

And last but not least, it’s worth mentioning the fact that the G-PRO Series also comes with a 60W fast chargers. This is quite rare, as most power banks don’t come with a charger. Bought separately, a similar wall charger can cost anywhere between $30 and $60. So considering the whole package, this is a pretty sweet deal all-in-all!

As of now, these are some of the best graphene power bank options available. But as this technology becomes more mainstream, it is to be expected that more and more graphene power banks will be launched. As the new models will show up, we’ll add them to this article.

However, you should be aware that there are multiple power banks advertised as being build with graphene technology when in fact they are most likely just classic portable chargers. Such an example is the Allsees 20000mAh graphene power bank. Maybe the red flag, in this case, is the 6h recharging time. Real graphene power banks should charge much faster than that.

Even though it is possible that the device indeed has some graphene sheets to help with cooling down, for example, the overall functionality seems to be much closer to classic power banks than to the next breakthrough in terms of battery technology. So be on the lookout for companies that want to take advantage of the graphene hype without actually rising up to the customers’ expectations.

Lastly, if you know of any graphene power bank that is not listed in this article, please get in touch with us and let us know. We’re always seeking to improve this list and to feature the best options currently available for purchase.

Graphene is a single, atom-thick layer of carbon atoms densely packed in a 2D honeycomb lattice. It has a variety of surprising properties, resulting in its “wonder material” title. Additionally, Graphite (a material used in pencil leads) is formed when layers of graphene are stacked on top of each other.

Graphene is also 200 times stronger than steel and has light absorption capabilities. It can conduct electricity and heat very well. Not only that, but it can be mixed with gases and metals to create different materials with various properties. There are several applications it can be used in, which include: batteries, transistors, computer chips, energy generation, supercapacitors, DNA sequencing, water filters, touchscreens, antennas, and solar cells.

Compared to lithium-ion batteries, graphene provides higher electrical conductivity. That means it will provide a faster charge that can deliver higher currents for any connected device. Additionally, the high heat conductance allows the battery to operate at a cooler temperature, which increases the battery’s longevity.

Graphene batteries are also thinner and weigh less than lithium-ion batteries. This is significant because it means power banks can be smaller in size and have larger capacities without needing extra space.

Lastly, Graphene is very safe to use. It’s more flexible, stronger, and stable, which is a big advantage because it won’t suffer from overcharging, overheating, and chemical leaks.