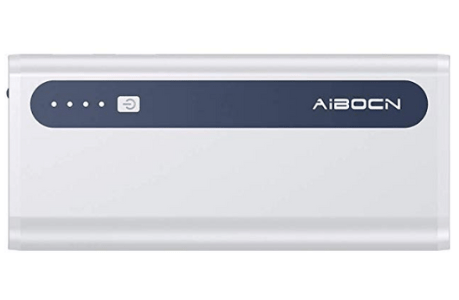 The Aibocn 10000mAh Power Bank is a cheap power bank that is both good and worrisome. A pleasant look overall that will make you want to investigate further.

At its current price, the Aibocn 10000mAh Power Bank seems like a no-brainer. At such a low price you would expect some corners to be cut and unfortunately, in this case, there were. Slightly larger and heavier than some of its competitors at similar mAh ratings we were hoping for the power bank’s performance to make up for the obvious bulk.

In the case of the Aibocn 10000mAh Power Bank, however, we found that the battery just wasn’t up to scratch. We can forgive some efficiency loss for any and all portable chargers on the market but the Aibocn is a little disappointing.

We’re unsure exactly what cells are being utilized in the Aibocn 10000mAh Power Bank but based on the research we’ve done, this isn’t an isolated case. With that said, it does charge exceptionally fast from its 2.1A output, one of 2 USB outputs on the device, the other one is rated at 1A.

For those wondering as well, the Aibocn 10000mAh Power Bank will charge your device while it is currently being charged.

The Aibocn 10000mAh Power Bank actually looks quite nice. It’s finished with a nice shiny lacquer that repels fingerprints well. The shape is a little awkward and tends to be a bit longer and thicker than is necessary.

In saying that it looks modern, stylish and isn’t going to stand out in your bag or purse. There’s a flashlight at the end of the unit, situated next to the micro-USB input used to charge the unit. Close to the end on the long edge are where the USB ports are situated. They are spaced out with enough room between them and seem to be in a fairly logical spot.

On the face of the unit are 4 LED lights to indicate charge and an on and off button. Simply press the power button twice to turn on and twice again to turn off.

Issues with faulty components are unfortunately a little more common with the Aibocn 10000mAh Power Bank than other units. Rattling sounds inside the case, constant overheating and failed batteries have been known to happen.

Comparing this power bank to others in a similar mAh range (not price) it’s not hard to pinpoint why these issues are occurring. Some more attention to quality control and using more expensive batteries and wiring components will lead to more consistency across the range.

Claims of all sorts of surge-protection, over-charge protection etc are thrown out the window when units are reportedly catching on fire and melting.

With that said, Aibocn obviously pays attention to their customers and are pretty damn good at replacing faulty units. The risk is yours to take!

In essence, the Aibocn 10000mAh Power Bank is only a little larger than its competitors. It does feel heavier however and makes us wonder if there is a more efficient way to fit all the components inside the case.

For me, it’s just a little too long and a little too thick. If you look at the basic shape and size of a common smartphone you’ll see what consumers consider appropriate to put in their pocket. Although the Aibocn 10000mAh Power Bank would fit in my pocket, it’s weight and awkward size would put me off considering this truly portable compared to its peers.

(Currently) at an excellent price point 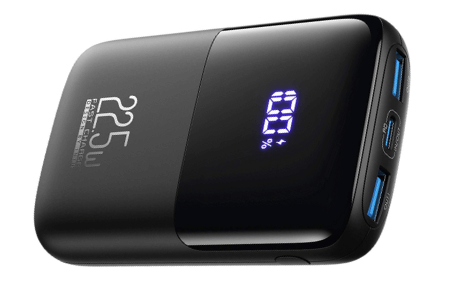 The BI-B61 10000mAh power bank from INIU is a compact charging solution that also comes with a very useful phone stand. 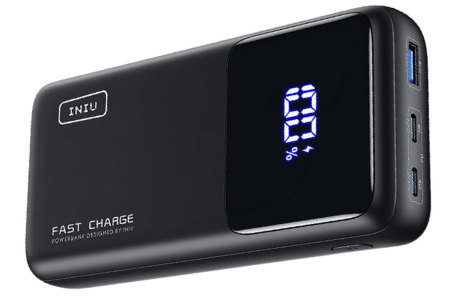 With 25000mAh this is one of the largest power banks from INIU. But besides that, it also comes with 3 ports and 65W high-speed charging. 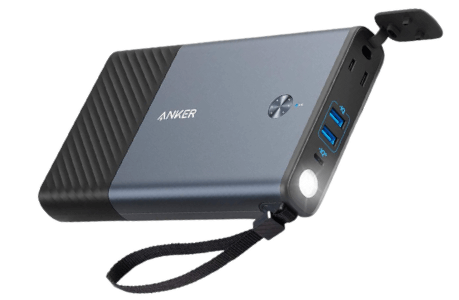 The Anker Powerhouse 100 packs a powerful punch, having a capacity of 27000mAh and being able to deliver up to 100W of power.